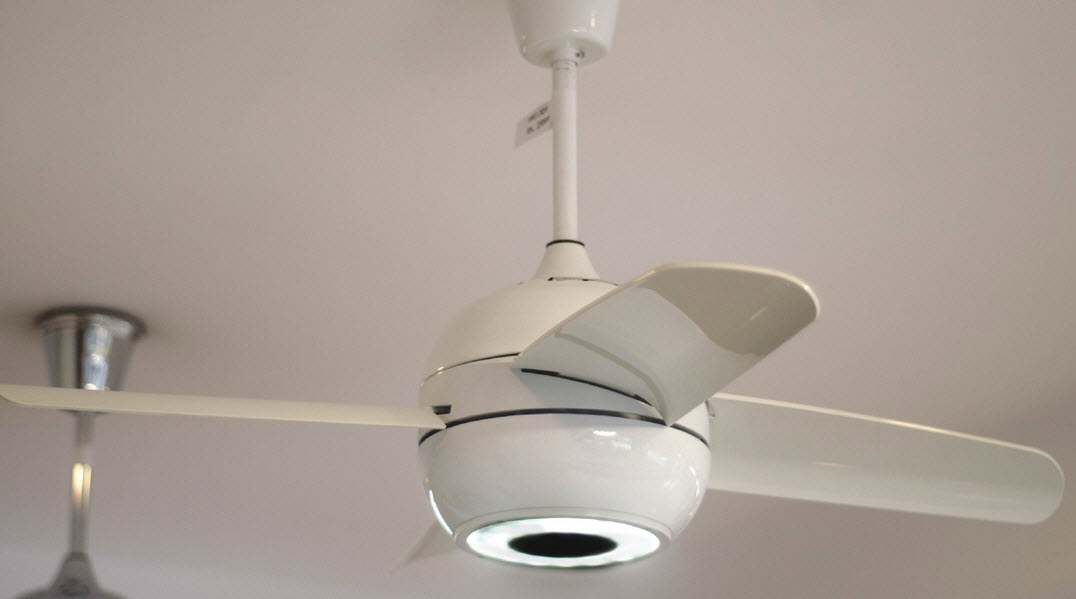 Wouldn’t it be great if you wouldn’t have to run multiple remote controls around for cooling you down, running some music and enjoying your evening in your living room? The Fanzart Melody isn’t a regular fan that cools you down, but also allows you to play some music, raising the bar high for all the other competitors.

Fanzart is a Theme Group company and it’s the no.1 luxury fan brand in India. It rules the world of fancy-designer fans that don’t compromise appearance for functionality.

The Indian manufacturer is determined to improve the ceiling fan when it comes to design, functions and aesthetics as well. Its main tag line “designer fans for designer homes” pretty much says it all, giving us fans that don’t just circulate the air, but also improve the décor, becoming elements of elegance, funk or classic.

Fanzart doesn’t create fans for home décor, but also for commercial spaces and offices and stands out from the crowd with the quality and performances of its fans.

What is Fanzart Melody?

The Fanzart Melody is an all-around entertainment device which is going to cool down your room, while unwinding to the music you like.

If you’re not big on smart homes, here’s some bits and bobs about it. It’s a home that uses internet-connected devices to activate monitoring and management of gadgets, appliances and systems (lighting and heating are good examples). In a nutshell, the smart home is equipped with heating, lighting and electronic devices that you may remote control with your computer or a smartphone.

Even if we’re still far from a hi-tech smart home, we can certainly get closer to it with a Fanzart Melody. The fan is no conventional ceiling fan. It comes with a Bluetooth speaker and LED lights that you can control with a remote. With just a press of a button you’re going to be able to connect it to your phone, playing the music from your device.

You may also illuminate the room and Fanzart Melody is able to do all things that we mentioned at the same time.

Taking a closer look at the Fanzart Melody

The Melody looks a lot like a regular ceiling fan, but it’s no way near one when it comes to features and technical specification.

The Melody comes with 4 angular blades that ensure 3X Airflow thanks to the smart and one-of-a-kind design. It’s engineered as it gives sound nice and easy through the Whisper Quiet technology (this is used on all Fanzart’s products).

The list of features continues with the premium 10W speaker which is fitted to the hub. This speaker projects music throughout the entire room. The speaker is surrounded by a bright ring LED light, helping you light up the atmosphere in a room.

In addition, you can also pair the Melody to any Bluetooth device, taking the best out of its performance.

The Melody comes with an infrared remote control so you may easily set the speed/light and other settings for the fan.

It’s not only the functions that help the Melody stand out, but also its appearance which is subtle, yet elegance and able to fit in any décor. It does a great first impression with its appealing and classy look.

Is it easy to use?

You may also set specific instruction for the fan to stop running after some time: 1H, 2H, 4H, 8H. Therefore, the fan is going to stop on its own, as you set it previously.

Let’s not forget the basic function of the fan- to cool down the room. The four blades don’t just look nice and sleek, but they also ensure good air flow in medium sized rooms.

As for the LED illumination, we sure notice that is bright and evenly spread, which only increases the overall value of the fan.

What are the pros and cons?

There are plenty of good things related to the Melody and you should take a look at our pros:

Even if it’s not all roses and rainbows, the Melody doesn’t come with major flaws:

If you’re determined to turn your home into a smart one, the Fanzart Melody should be on your shopping list. The adjustability, the ease of use and the remote control that come along are going to help you improve the comfort in your home and you’re not going to empty your pockets while doing it either.

The following resources contributed to our info:

Fanzart Melody Fan: With a sound and light show – The Financial Express

Designer Fan with a Bluetooth Speaker and LED Lights