Apple has taken a hasty measure and banned 181 different vaping-related apps from the app store, in light of the recent health concerns over vaping when the articles began to come out over hospitalizations and deaths.

This is a blanket ban and bans all apps related to e-cigarettes, dry herb vaporizers, nicotine vapes, cartridge vapes, and more. Android, Jailbroken iOS devices, and apps already downloaded to phones before the ban will still be able to enjoy full functionality.

Though this outbreak was entirely at the fault of un-regulated and black market products, it will affect all. No discretion was taken in the decision and it treated one like all to make one-fell swoop. While Apple’s official statement on the vaping ban says that;

“We take great care to curate the App Store as a trusted place for customers, particularly youth, to download apps. We’re constantly evaluating apps, and consulting the latest evidence, to determine risks to users’ health and well-being”

We translate this to Apple trying to cover their behinds from any possible lawsuits. Perhaps they really do care about health and well-being in the end though. Are the actions they’ve taken warranted?

“Apple’s blanket ban for devices entirely unrelated to this small crisis is completely unwarranted. This can really affect medical patients who find the functionality of their app to help with their conditions and is unfair to not only them but others.”

Said Tools420, a dry herb vaporizer shop in Canada, after medical users and other customers contacted them about the new App Store ban.

What was the cause of this vaping lung illness anyways?

NY Times reports over 40 deaths and the hospitalization of thousands after medical complications as a result from tainted cannabis oil vaping. Adulterants and unwanted chemicals were found to be contaminants in thousands of samples of grey market and illicit products, causing severe medical problems after prolonged use.

While the blame and accusations were thrust onto vaping as a whole, it was determined to not be the common e-cig style nicotine vape to cause these problems. Instead, the problem mostly lied in the compound known as α-Tocopherol, or Vitamin E Acetate.

With the budding cannabis industry quickly taking root, opportunists hopped to the occasion to profit even more. By adding α-Tocopherol as a diluting agent with to-be vaped oil, both legal and black market cannabis oils were tainted as profits increased. The visually perfect yet poisoned oil vape cartridges were impossible to detect by regular consumers, leading to this sudden outbreak.

Is Apple making the right move by banning these apps?

In another knee-jerk reaction from Apple, they set out to remove and ban all vaping-related apps from their walled garden. While some of these apps were as simple as changing the LED light or setting custom power curves, other apps with important functionality were also completely wiped from the store.

A German medical vaporizer manufacturer, Storz & Bickel, has raised their voice at Apple. Their devices, which have much functionality locked behind a smartphone app, are now hindered in their ability to work as advertised. Other industry giants like Pax Labs and DaVinci Vaporizers have been affected too. With use of a smartphone app, patients and casual consumers can carefully choose their favorite temperature setting to deliver the effects and benefits from vaporizing dry herb. That functionality is now limited with this new ban.

“In their decision to ban all vape related Apps, Apple has regrettably not made any distinctions between nicotine products, cartridge devices, e-cigarettes, and dry herb vaporizers at the expense of our customers”, said Storz & Bickel.

Completely unrelated to cartridge vaping in the first place, their devices went through rigorous testing to ensure they passed FDA and other countries regulations, their bottom end now pays the price. It’s easy to understand their perspective and why banning shoes because someone fell while wearing skates may not be the right move for Apple to pull.

On one hand, one can understand Apple wanting no part in any liability or damages caused from vaping. However, they may be causing more harm than good if this affects medical patients among others who just want to geek out and enjoy their blueberry-scented fog while using their favorite vape app. Bloomberg figures that the vaping ban will cause AAPL stock to drop as a result.

A premonition for the future?

With the whole debacle over vaping still underway, Massachusetts has even gone so far to ban all vaping products from sale in the state in a misguided effort to tackle vaping-related illnesses. No action was taken related to conventional tobacco products. Meanwhile, Apple covers their backs from any legal recourse, and maybe even Google will follow suit.

“This vaping ban may very well be the death of many small businesses in our little state of Massachusetts. It’s completely unfair and misguided, look at cigarettes, they’re still legal. How come they’re not banned if millions have died from them? ” said storeowner John Halloway in a report to CBS. 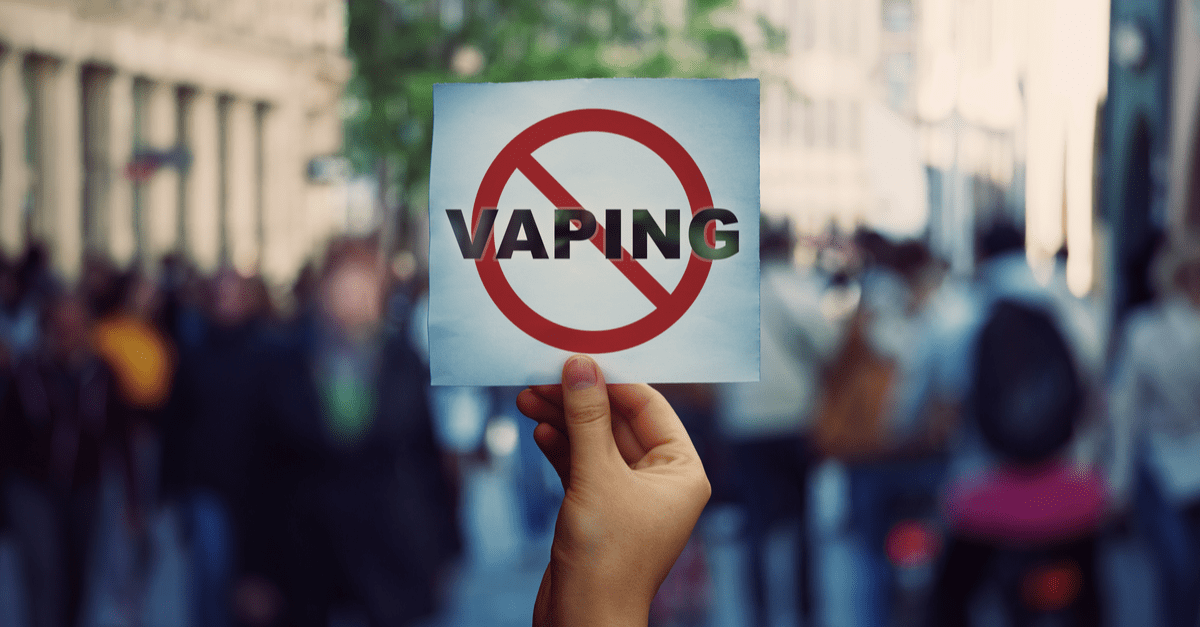 While to most of us this ban won’t affect much at all, it can be a premonition into the future as states and tech giants make knee-jerk reactions and create unwarranted policies to other issues and that may arise, with no discretion for nuance. After all, the profits are really what matters.