Technology is the one key element today which is responsible for our development. Now, everything you desire is at your fingertips and is just a touch away. All this sounds familiar, right? Yes, we are talking about mobile app development. It is due to this branch of technology that has enabled us the luxury of receiving goods and services with a few clicks. Android is one such platform that has played a prominent role in the popularity of the apps.

Now, if you are wondering what goes into building apps for android then let us tell you that it is the programming languages like Kotlin that build the base of Android apps, which perform remarkably on this platform once they are fully developed.

Kotlin is a programming language that has managed to gain immense popularity on its own in very little time. It has stirred an astounding amount of interest in developers around the world.

It’s unprecedented popularity grew especially after Google’s I/O 2017 announcement. Ever since Google announced that its most preferred language for Android app development is kotlin, its fame skyrocketed instantly. Though, before Java was said to be the king of programming language, it seems like Kotlin has de-throned it for all the right reasons.

So, without blabbering any further, let’s have a look at the reasons which make Kotlin better than Java for developing Android apps.

To start, Kotlin supports brevity way more than Java ever did. It resolves the same problems with fewer lines of code, improving code maintainability and readability. This signifies that engineers can write, read, and modify code more efficaciously and effortlessly. It is the features such as type inference, smart casts, data classes, and properties that help accomplish conciseness.

Kotlin is believed to be inherently safe as it prevents common programming errors and blunders by design, resulting in lesser failures of systems and fewer application crashes. While with Java there is a high chance of errors occurring timely, Kotlin explicitly warns developers against potential errors with their code. The mistakes are easily recognizable, so the chances for further chain-reaction errors decreases significantly. This helps them develop a robust programming code. On top of everything, Kotlin, in addition, offers a long list of features that facilitate rudimentary and every-day development tasks of the developers, something which Java does not delivers. These features consist of parameter values, object declaration, extension functions, and so on. These features play an eminent role in speeding up the development time along with keeping the codebase concise and manageable.

Kotlin is beneficial and ideal for other purposes besides Android development. The Kotlin language enables JavaScript support and interoperability, which enables developers to drive their frontends to Kotlin or rather formulate them in it from scratch.

Wait, there is more! What is amazing is that the founders added Gradle support to the Kotlin, in order to enable writing Gradle files in it. They are effectively developing features in Kotlin that will support in building iOS applications. Once the process is done, developers will be able to write even native apps in this astounding language.

Long-running operations such as CPU-intensive work and network I/O cause blockage in calling thread until the whole operation completes. Now that Android is single-threaded by default, its app’s UI gets completely frozen when the main thread is hindered.

Kotlin allows the formulation of additional threads. The computer program components known as coroutines are a better way of managing intensive operations in Kotlin for they are stackless, meaning they require lower memory usage as opposed to threads.

Coroutines can execute long-running and intensive tasks by deferring execution without blocking the thread and then continuing the execution later. It enables the creation of a non-blocking asynchronous code that seems to be synchronous. The code developed using coroutines is not only clear but concise too. 6. Kotlin is an enterprise language

As opposed to other programming languages, Kotlin does not have any academic or research background because it was built with the enterprise in the mind by JetBrains. The intention while developing Kotlin was not to create something revolutionary but something helpful and necessary to modern enterprise developers.

Developers that are denied the chance to embrace the full potential of the latest versions of Android Studio 3.0 due to Java’s incompetence are starting to shift more towards Kotlin. It is fully approved by Android Studio 3.0 and higher.

Previously, if you wanted to use Kotlin, you were supposed to add the Kotlin plugin, but all new versions of Android Studio come with these tools built-in. So you can develop projects with Kotlin files, change Java code to Kotlin language, make Kotlin code bug-free, etc., without taking any extra measures.

Kotlin employes a variety of function types for representing functions. In fact, it comes with a set of specific language constructs, such as the lambda expressions. This type of function is not declared but passed directly as an expression.

By default, all types are non-nullable in Kotlin. If in case, developers try to assign or return null in the Kotlin code, it is sure to fail at compile time; however, there’s a way around it. If you wish to assign a null value to a variable in Kotlin language, you are required to explicitly denote that variable as nullable. This is done by adding a question mark after the type. Between Java vs Kotlin, the latter is null-safe, which is an addition to the list of reasons why developers have switched to Kotlin.

After witnessing the above reasons, we can understand why many apps migrated from Java to Kotlin. The factors contributing to the effectiveness of kotlin are the ones that impressed the developers and in response, Kotlin was declared as the most efficacious and suitable language for Android apps. As far as we can see, Kotlin has a bright future ahead, as is going to make the programming process more facilitated. 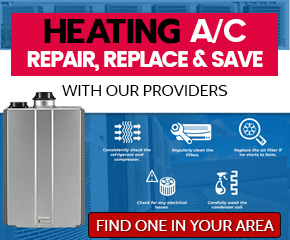